What Buyers Can Expect From The Fall Real Estate Season 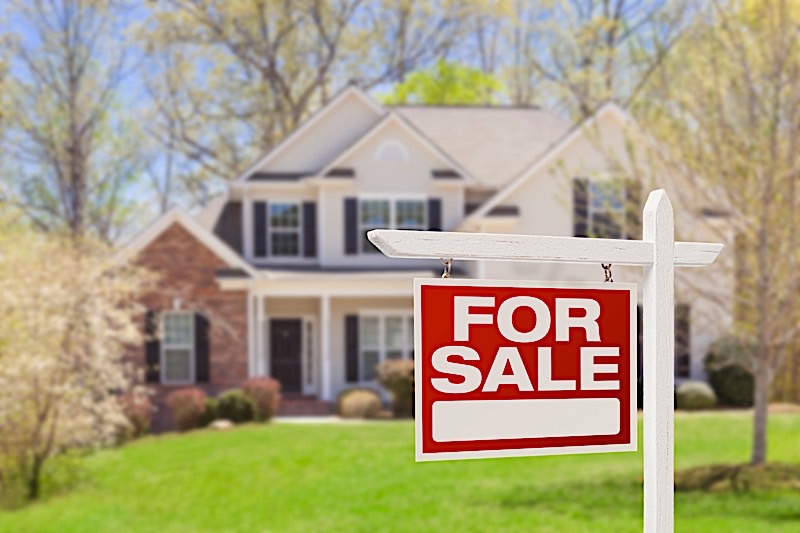 The page has officially turned on the summer market, as September 22 marked the start of the fall real estate season. As a result, buyers should pay special considerations to the trends that appear most likely to carry over to the colder months. Doing so will not only give you a better idea of what to expect int he coming months, but also give you an advantage over the competition. If for nothing else, the fall real estate season looks to be as fast-paced as its summer and spring counterparts.

Don’t underestimate what is typically a slower period for the housing market, and be prepared for what is likely to be an active season. That said, there are five things every buyer should keep in mind as we delve deeper into the fall real estate season.

Here are the five most likely scenarios buyers will be faced with this fall:

No more than a month ago, the median sales price for existing-homes on a national level rested somewhere in the neighborhood of $253,500 — that’s a 5.6% increase from the same time last year. What’s more, it doesn’t look like that number will be going down anytime soon. Industry professionals and pundits alike are more than convinced the current housing market environment will push prices even higher than they currently are. Namely, the powers that be at Zillow expect home values to rise 3.1% over the course of the next 12 months, and the fall real estate season looks like it will keep the ball rolling. If for nothing else, waning inventory levels and high demand should be enough to maintain the upwards trend.

It’s no secret: inventory levels have been the one factor preventing the housing market from realizing its full potential. There simply aren’t enough homes to keep up with demand, and it doesn’t look as if the fall real estate season will provide us with any answers. Notably, there are new construction projects on the horizon, but they won’t be ready to add to the pool of inventory anytime soon. For now, we are stuck with about 4.2 months of inventory. At this same time last year, the U.S. housing market had somewhere in the neighborhood of 4.5 months of inventory, so we are currently trending downwards. For some perspective, six months of inventory is considered to be a balanced market that benefits both buyers and sellers.

As I have already alluded to, the housing market is firing on all cylinders, which would explain why the Federal Reserve announced incremental increases to the benchmark interest rate late last year. Quite simply, the market is healthy enough to withstand minimal rate increases that are in line with the recovery. However, rates haven’t risen nearly as much as many predicted.

According to CNBC, “The average contract interest rate for 30-year fixed-rate mortgages with conforming loan balances of up to $424,100 increased to 4.11 percent from 4.04 percent, with points remaining constant at 0.40, including the origination fee, for 80 percent loan-to-value ratio loans.”

It’s worth noting, however, that while the latest increase is the highest we have seen in months, mortgage rates are still attractively low. At 4.11 percent, interest rates are a far cry from where they were for previous generations of homeowners, but I digress. The Fed is expected to raise rates at least one more time. Even with the increase expected to happen sometime in the fall, rates shouldn’t be too much of a deterrent for prospective buyers.

Again, the fall real estate season is expected to see a market firing on all cylinders. Of particular importance, however, is the pace in which the pistons will be firing. Due, in large part, to the inherent lack of inventory, competition is expected to be fierce over the properties that are available. As a result, I would expect the average home for sale to receive multiple offers, making time of the essence for interested parties. At the very least, it’s safe to assume prospective buyers will jump on those properties they find that fit their criteria. What’s more, it’s likely that they will do everything they can to facilitate a timely transaction to avoid interference from impending competition. Case in point: “Homes sold in August typically stayed on the market for 30 days. That compared to 36 days a year ago,” according to Reuters. Homes are simply selling faster in today’s current environment, and the fall real estate season could see that number drop even more.

Despite a rise in housing prices, demand still remains strong. It would appear as if the ground made up by the recovery is enough to offset today’s high prices. If for nothing else, people are simply in a better place to buy homes today than they were even just a few short years ago.

For starters, the unemployment rate has declined in August every year since 2009. The most recent unemployment numbers from the Bureau of Labor Statistics put August’s unemployment rate at 4.4 percent — right around where we were at the onset of the Great Recession. In addition to more people having jobs, Millennials are now coming of age. Expected to make up the largest portion of homebuyers this fall, Millennials are heavy favorites to drive demand in the latter part of the year.

If that wasn’t enough, proposed policies could promote homeownership. The current administration has hinted at the idea of dismantling the Dodd Frank Act, which would make receiving loan approval much easier for many would-be homebuyers. An additional proposal also hinted at the idea of doubling the standard tax deduction for owning a home. Were these proposals to come to fruition, the appeal of homeownership would increase dramatically, even in the face of today’s values.

Stay Ahead Of The Competition

The fall real estate season has become synonymous with the tapering off of summer trends. In other words, fall is when we typically see the market start to slow down, but this year may be an exception to the rule. If for nothing else, the reasons I discussed above should carry over summer’s momentum into the colder months. It stands to reason that those buyers who can identify these trends stand a better chance of realizing success.